You are here: Home1 / About MOQC2 / Coordinating Center Team 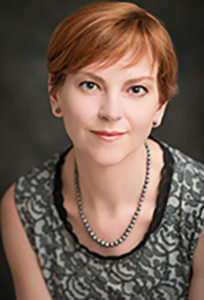 Dr. Griggs received her undergraduate degree from Mount Holyoke College and her MD from the University of Buffalo. She completed her Residency and Chief Residency in Internal Medicine and Fellowships in Hematology and Oncology and Health Services Research at the University of Rochester. She was then the Director of the Comprehensive Breast Cancer Program at the University of Rochester in the James P. Wilmot Cancer Center in Rochester, New York. In September 2006, she joined the faculty at Michigan Medicine, Comprehensive Cancer Center (MMCCC) with a practice in the Breast Oncology Program.

Dr. Griggs’ research interests focus on patient-provider communication, quality of care, including end-of-life care, and care of cancer survivors. She is the Past Chair of the Clinical Practice Guidelines Committee at the American Society of Clinical Oncology (ASCO), was a member of the ASCO Health Disparities Committee, and has been the Chair or Co-Chair of several clinical practice guidelines. 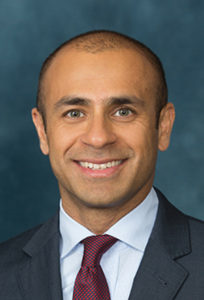 Dr. Uppal received his medical degree from the All India Institute of Medical Sciences in New Delhi, India. He graduated from his residency program at Temple University Hospital in Philadelphia, Pennsylvania and went on to complete his fellowship training in gynecologic oncology at the University of Wisconsin in Madison, Wisconsin. He joined the faculty of the University of Michigan as an Assistant Professor in 2014. Dr. Uppal’s areas of expertise include minimally invasive surgeries with a focus on sentinel lymph node dissection, robotic surgery as well as single-port laparoscopic surgery to improve surgical outcomes.

Dr. Uppal’s research program focuses on patient-centered, evidence-based care. In particular, he has published numerous high-quality publications on quality of care in gynecologic cancers. Most recently, his research has focused on reducing surgical site infections and readmissions after complex oncologic procedures for women with ovarian. 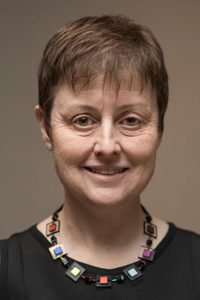 Louise is a nurse with over thirty years of healthcare experience. She started her career in academic neurosurgical and cardiac pediatrics and was promoted to administration before completing a Masters of Business Administration and a Nursing Administration degree at the University of Michigan. She transitioned to consulting and for twenty years worked with large multi-specialty groups, academic centers and health systems across the United States on projects focused on improving quality and decreasing cost in clinical and support settings through process improvement.

She joined MOQC as Program Manager in April, 2016. She believes she can contribute to the success of MOQC practices from the perspective as a leader and a cancer survivor. She looks forward to getting to know and to work closely with all MOQC physicians, practices and staff. 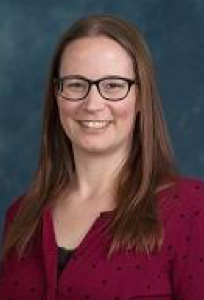 Vanessa has over six years of experience working with Gynecologic Oncology at Michigan Medicine. Her career path has led her to her present role of project manager, and she hopes to use the strong connection with and passion for quality improvement that she developed in Ob/Gyn to improve patient care in the realm of gynecologic oncology. Vanessa has a film degree from the University of Michigan and plans to use her creative side to enhance MOQC’s media presence. She looks forward to using her skillsets to help communicate with and connect Gynecologic Oncology practices across the state of Michigan. 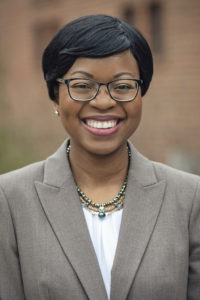 Sam received her Master’s degree in Clinical Research Administration from Eastern Michigan University. She has over 10 years of research experience at the University of Michigan, with a focus in project management, site management, and site monitoring. As a site manager and site monitor at a multi-center clinical trial network focusing on neurological emergencies (such as stroke, TIA, and TBI), she worked with participating research sites to meet and maintain compliance with trial protocols, Good Clinical Practices, institutional and NIH policies, and FDA guidelines. Prior to joining MOQC in September 2017, Sam worked as a project manager for an NINDS-funded program designed to help investigators develop scientifically rigorous and practical clinical trials. 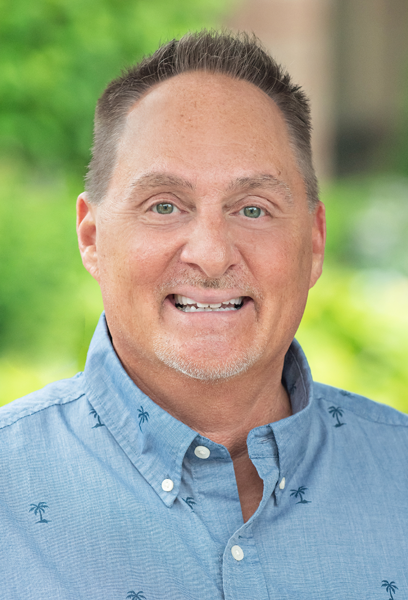 Dave graduated from California State Polytechnic University with a degree in Business Administration.  After a successful twenty-year career in the publishing industry as a National Accounts Manager and Director of Sales, Dave decided to take his career in a new direction and joined the University of Michigan. Prior to becoming a MOQC’s Administrative Specialist, Dave was the Administrative Assistant Senior to the Medical Director and Clinical Team at the University’s Health Service. This is the campus’ health and wellness resource, which offers comprehensive clinical services to students, faculty and staff. Dave was an integral part of the clinic for three years, coordinating administrative activities for its leadership team. 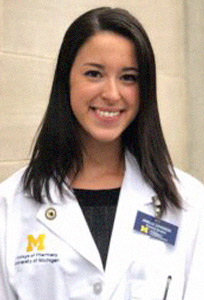 Arielle is a PharmD candidate at the University of Michigan College of Pharmacy. She graduated from Michigan State University in 2019 with a Bachelor’s degree in Human Biology and a minor in Pharmacology and Toxicology. Prior to joining MOQC in 2020, she gained experience in quality care by working with the Michigan Arthroplasty Registry Collaborative Quality Initiative (MARCQI). In addition, she has worked as a pharmacy technician at Walgreens for the past three years. Arielle is a member of the Hematology and Oncology Pharmacist Association (HOPA), the American Society of Health System Pharmacists (ASHP), and the Student National Pharmaceutical Association (SNPhA). She is excited to explore her interest in oncology and quality initiatives through the work of MOQC. 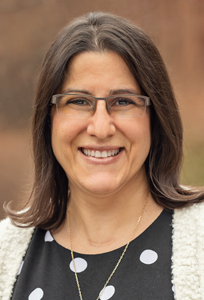 Kleo received her Bachelor of Science degree in the Biological Sciences from Wayne State University.  Her 18 year experience as a research assistant in the Departments of Ob/Gyn and in the Department of Pathology at Wayne State University helped build her the knowledge and ability for data collection and implementation and adherence of clinical guidelines for physicians.  Prior to joining MOQC in April 2016, Kleo was a Clinical Data Analyst at Ascension Health’s St. John Hospital at the Van Elslander Cancer Center where she abstracted lymphoma patient data into a clinical research database, utilized by clinic staff for publications, posters, and abstracts.  In addition to the lymphoma database, Kleo also became the lead abstractor for QOPI and MOQC patient data abstraction for the St. John Hematology and Oncology Clinic during her 7 year stay at St. John’s.  She also pushed to have physicians in the clinic implement the important MOQC sponsored Tobacco Cessation Program into that clinic’s practice.

Kleo will continue using and further developing her MOQC abstraction and post-abstraction knowledge in a wider abstraction model across the state to help physicians and their staff achieve greater quality patient care goals in the coming years. 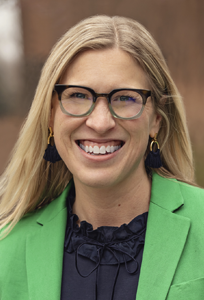 Dr. Mackler received her PharmD from Drake University and completed her Residency experience in Pharmacy Practice and Oncology at the University Hospital in Cincinnati, OH. She joined Michigan Medicine in 2002 as a Clinical Oncology Pharmacist. She founded the Oncology Specialty Residency at the University of Michigan in 2003 and was the program director until 2013. She has been involved in multiple oncology quality and safety endeavors including serving as the co-lead and founding developer of the NCCN Chemotherapy Order Templates since its inception in 2006, founding pharmacist in the Cancer Center Symptom Management and Supportive Care Program at the University of Michigan 2009 – 2012, founding director of the University of Michigan Oral Chemotherapy Program in 2012 and thereafter MOQC’s Oral Oncolytic Program in 2013, and Course Director of the Michigan Society of Hematology Oncology (MSHO) Annual Pharmacist’s Meeting since inception in 2013. HOPA representative for the National Quality Forum since 2017, and Task Force Chair for the HOPA Quality Oversight Task Force since 2018. 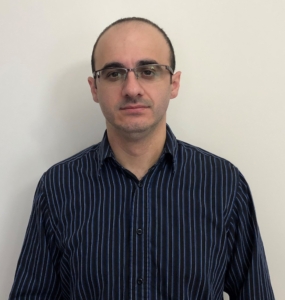 Ermili is a graduate of Wayne State University in Detroit. He received his Bachelors of Science in Radiation Therapy in 2012. During his time in the Radiation Therapy at Wayne State, he trained at Karmanos Cancer Institute, Henry Ford Hospital Detroit and West Bloomfield, Oakwood Hospital and Sinai Grace Hospital.

He worked for St. Mary Mercy Hospital and St. Joseph Mercy Hospital-Ann Arbor for the last 15+ years. During Ermili’s time at St. Mary Mercy hospital, he worked in Radiology as a Radiology Assistant 2005-2014 and a data abstractor for outcomes management in 2009-2010. In 2014, he took a position with St. Joseph Mercy Hospital-Ann Arbor as a Cancer Research Coordinator with Michigan Cancer Research Consortium. He was responsible for reviewing protocols and enrolling eligible patients in cancer clinical trials and entering their data post enrollment. He was also responsible for uploading Radiation Therapy treatment plans and general imaging for review.

In 2016, Ermili joined MOQC as a clinical data abstractor and have been abstracting since then. He is looking forward to sharing his healthcare experience with the team in the future to help MOQC in continuing toward accomplishing MOQC’s mission and goals. 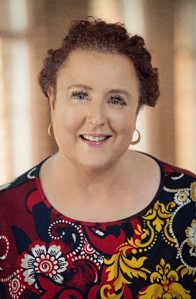 Cindy Straight joins the MOQC staff and brings 30 years of practice management experience.  Her most recent position was the Manager of the Rogel Cancer Center Call Center, and in her spare time, she worked for MOQC as a QOPI abstractor.

Cindy spent 15 years at Henry Ford Health System as a Business Manager of Satellite Operations and has a successful record of process improvement and team building.

She attended the University of Detroit/Mercy main campus for 3 years full-time and then was accepted to a Radiologic Technologist program at Mt. Carmel Mercy Hospital for 24 months.  After graduation, she worked in her early career as a Registered Radiologic Technologist at Detroit Receiving Hospital in the Emergency Room on the midnight shift for 5 years.  The stories she can share from that time are as interesting and as valuable as the experiences!

She is looking forward to contributing and sharing her knowledge with the new team and establishing a relationship with all the practices. 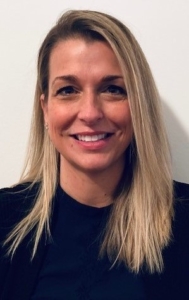 Nicole is an Adult Acute Care Nurse Practitioner who has worked at Michigan Medicine since graduating with a Master’s of Science and Nursing degree in 2011 from University of Michigan.  She brings a diverse clinical background of Internal medicine and Surgical Oncology, which has allowed her to care for patients within the clinics, as well admitted to the health care system.  In addition to her clinical role, she was been involved in many quality initiatives within her department, as well as system wide focusing on improving continuity of care, patient experience and clinical outcomes. She is very excited to be a part of  the MOQC team and looks forward to continuing to pursue her passion of improving the patient experience and health care outcomes of Oncology patients. 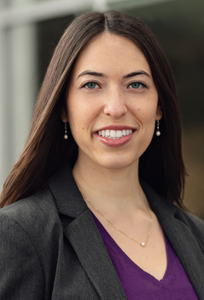 Shayna received her Masters of Public Health in Epidemiology from the University of Illinois at Chicago. Shayna has over five years of experience working in academic research. Some of the work she has been involved in focused on reducing the incidence of Klebsiella (a colonizing bacteria that can be hard to treat) at long-term acute care facilities, assessing barriers to low tidal volume ventilation in the treatment of patients with Adult Respiratory Distress Syndrome (ARDS), and investigating risk factors for Clostridium difficile infection and recurrence. Prior to joining MOQC in March 2019, Shayna worked as a research coordinator at the University of Michigan in the Infectious Diseases department. She is overseeing the introduction and coordination of patient reported outcomes in MOQC practices.